Jason Easterly founded E&S Builders with a mission to revolutionize the custom homebuilding industry. With over 20 years of experience in real estate, construction, and development, Jason can assist with a full range of home building services, including help with site selection, design, construction, and high-quality finishes.

E&S is known for providing a positive client experience of unmatchable excellence through open and honest communication and full transparency. This renowned customer service extends throughout his team of some of the most highly skilled tradesmen and subcontractors in the Valley.

E&S has a keen eye for details and constructs homes with the highest quality of craftsmanship using industry leading innovation and technology. Our homes have been featured in Home Builders Digest, AZCentral, and Modern Luxury Interiors Scottsdale. E&S was also named Best of Houzz for Service 2019 and Best of Houzz Design in 2020.

Jason’s wide variety of knowledge has enabled him to build and rehab custom homes, develop rental projects for investors and buy and sell investment properties. Jason combines his experience with innovation to represent his clients with the utmost professionalism and market knowledge.

He has built his business through strong design work, negotiating skills and focusing on current trends for his clients. This allows him to deliver a finished product that will go above and beyond the clients expectations. 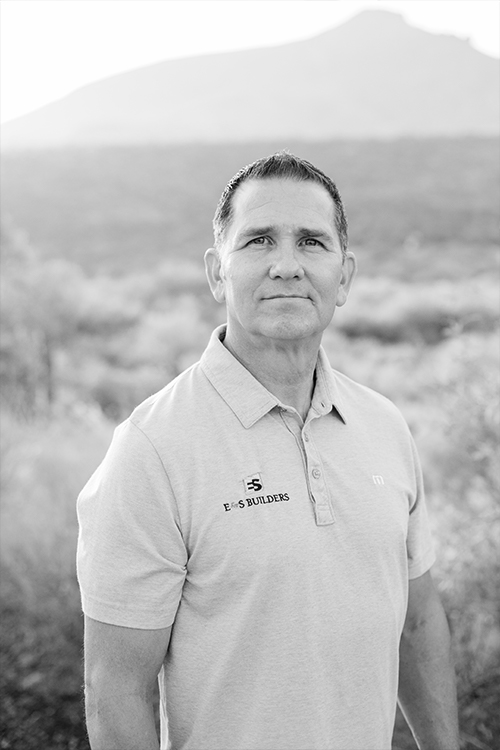 Lloyd was born and raised in Denver, Colorado. He grew up loving the Broncos and continues to bleed blue and orange for his beloved team, despite moving to the Phoenix area in January of 1982. Lloyd graduated from Mesa High School in 1985, and started in the cabinet business shortly after. He worked in the custom cabinet business for 27 years, prior to becoming a project manager 6 years ago.

Mr. Knox married his beautiful wife in October of 2012, and they had their first and only child, London, in 2015. London is the love of their lives and makes every day better than the last. They love spending time as a family, especially with London’s many local cousins. Family movie nights are a regular occurrence, and Lloyd is always up for a round of golf in his spare time.

Prior to joining E&S Builders in August of 2020, Lloyd worked as a project manager for remodels and custom homes.

With his extensive experience and knowledge, we are thrilled to have Lloyd as part of the E&S team. 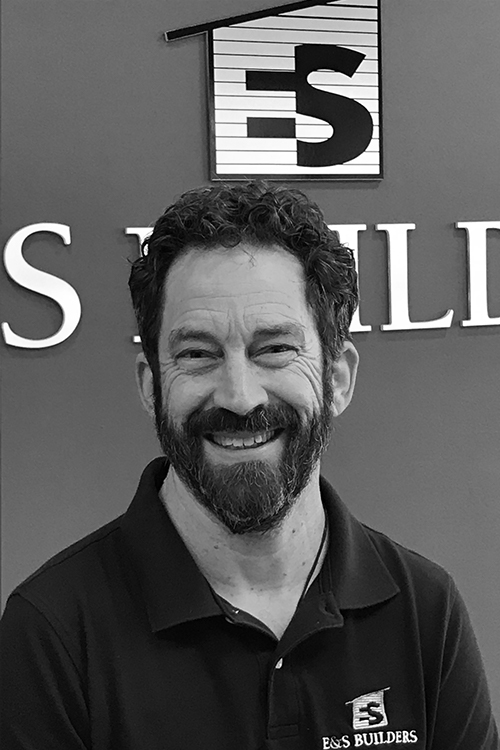 Since high school, Arne Richardson has worked in construction from California to New Hampshire, on inner city high rises to multi-million-dollar custom homes. All along the way, he has demonstrated a service-oriented work ethic, striving to create exceptional quality results, with an intention to exceed standards. In between, Arne has been in sales and managed 4-star restaurants, and brings with him a flair for customer service.

“In my dozen years in construction, I’ve learned many trades – from demolition to drywall, painting, plumbing, electrical, framing, cabinet building and installation, and trim carpentry (I enjoy crown molding).  I’ve even done a little bit tile installation, and had an extensive period of driving a Bobcat Front Loader. I appreciate that Jason and Matt encourage us to ‘just do it right” in all phases, with each task, and the first time.” Arne takes tremendous satisfaction in the execution and completion of a well-built home.

Brent has lived in Arizona for 27 years and holds a great passion for the beauty of this state. He holds 30+ years of construction experience, with a strong focus on customer service in order to keep the experience positive for the client. This extensive experience allows him to always take the bigger picture into account prior to putting all of the pieces of the puzzle together, resulting in a timely and commendable outcome.

Mr. McCormac spent 6 years in the USMC, where he learned to immediately tackle problems as they arise. Patience, stamina, and a strong vision balanced with flexibility and communication are what make Brent such a valuable asset as a Project Manager with E&S Builders.

In his spare time Brent enjoys spending time with his 4 girls, 7 dogs, and 3 chickens. He also loves to watch football, his favorite movie, Trainspotting, and brainstorm new ideas.